Home Our Blog Jason Rivenburg: The Impact of Jason’s Law 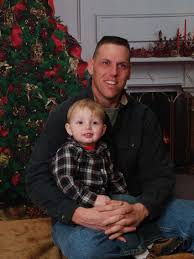 Jason Rivenburg was a proud truck driver and family man. In March of 2009, Jason went to work, unknowing that he would never return home. He arrived too early to a load delivery and was told that the distribution center would not take the load early or let him wait in their lot. Without many options, Jason pulled into an abandoned gas station to rest. Willie Pelzer, a local criminal, spotted money sitting on the dashboard of the truck. He broke in, shot Jason dead and escaped into the night with $7.00 in his pocket. Pelzer was later sentenced to life in prison for his actions. Mr. Rivenburg is survived by his wife, Hope, and their three children.

What is Jason’s Law:

Jason’s Law began as a grassroots effort to lobby for change. Truck drivers had come forward, trying to point out that a lack of adequate parking put drivers in unnecessary danger. Most thefts and homicides take place in unsecured public areas. Despite trying to find safe parking spots, drivers oftentimes have to settle for dangerous areas in dark lots, illegal places, off the side of the road, or by exits.

Passed in 2012, Jason’s Law is trying to alleviate this potential risk by developing more safe parking areas for truck drivers. Surveys have been done in order to determine states that are lacking sufficient parking. Some changes may be slow-going because there are some areas where zoning laws would have to be altered and funds allotted. Despite this, the Department of Transportation, along with state and regional governments are taking action in order to provide commercial drivers with secure places to park their rigs. Although Jason is gone, the work that his family has put into Jason’s Law will hopefully help save someone else from a similar fate.

If you know of an area where more truck parking is needed, alert the Department of Transportation by calling 855-368-4200.

Remember to always try to park in well-lit lots and lock all of your doors. Don’t leave valuables in-sight and keep the curtains in your bunk closed as all times.

To learn how you can help stop human trafficking, click HERE.